skip to main | skip to sidebar

The Drewski and I made the most of a pretty bleak evening by testing out a few new SUPs! We paddled out at ramp 34, into the fog and drizzling rain, to see just how well the South Point Kalama 11'6" and Bonga Perkins 10' SUPs paddled. Drew took the Kalama, I tried out the Bonga. Conditions were far from appropriate for testing, but we had fun and learned a few things anyway. All pics by Anne (thanks for hanging out in the rain!!) There were some solid nuggets out there! My 2 cents on the Bonga:

This board Rips! It's amazing how much a 10' board can feel like a 6'2" pin tail potato chip! Lay this thing on rail and it cranks right around! The step deck keeps the rails thin (and trust-able), but forces your feet into a pretty narrow stance. The slightly choppy conditions were challenging at first, but within 20 minutes I had the board dialed in. I wouldn't recommend this board to beginners, but anyone with a year or two under their belt, looking for a solid ripper stick will love this thing. Anyone under 140 lbs would probably be fine on it, as well, even as a beginner board. Drew's 2 cents on the Kalama:

Well, he's not here, so I'll make an impression for him! Drew's only had a few SUP sessions in the past, but he hopped on this thing and took right off! Looking solid from the start, he caught a good handful of waves, even claiming the ride of the day. The board looked stable, controllable, easy to handle, easy to catch waves on. But don't get me wrong, I also saw a chunk or two of spray flying off the lip! Accessible performance is the name of the game with the Kalama model! Looks like a great all around board, I can't wait to hop on it next time! Drew keeps it low and solid! We've got both of these boards in demo, so if you want to try either of them out, swing on by the shop and pick 'em up!
Posted by Andy at 11:09 PM

Looks like tremendous fun. What do you think a never-been-on-a-surfboard type should start out with?

If you want my 2 cents I'd say get on the 11'6" first because it's more stable. If you can windsurf, particularly in the waves, I don't imagine you'll have too much trouble adapting. Like anything new there's a learning curve but if you already understand the basics of wave riding you just have to adjust to using the paddle and a different stance than you're used to on a windsurfer or a "regular" surfboard!

Hey PP! Drew's got it right, the bigger the better. The Kalama's a great all around SUP. Starboard also has a great selection of SUPS with mast tracks, awesome for multi use! Sailing these things in 5-20 knots is unreal fun! Clean waves and wind under 5, grab the paddle and go... You'll never get skunked again!

A lot of people get wrapped up in the performance mind set, thinking that smaller boards will rip harder. Just like 65 liter waveboards on the east coast, yeah they rip, but you'll never use them... Bigger boards are way easier to use, and tear up waves just fine. Go big or go home!

Feel free to inquire about anything Hatteras, Windsurf, SUP, or Surf related! Contact us here!

Please note: We are now at wind-nc.com There you will find our Hatteras Windsurfing Guide and archives of this blog (with more recent posts). Don't forget to check out our new webstore, too, where you can buy all of the latest windsurf equipment and browse equipment reviews, new blog posts, and more!

One of my goals in writing this blog is to help people experience that vacation sensation, of being "Lost In Hatteras," anytime, anywhere. You'll most likely find a near daily report of the day's windsurf or surf conditions, a few relevant pictures of the action, and some not-so-profound thoughts on life. Enjoy, and I hope to see you soon! Anne, a 6'4" squash tail, and the Cape Hatteras Lighthouse!

If you enjoy visiting Lost In Hatteras, please consider supporting any or all of the following companies, who help make this blog possible: 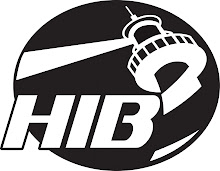 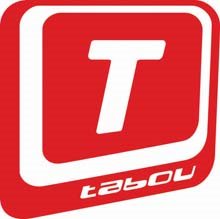